Tuna Fish And Its Health Benefits 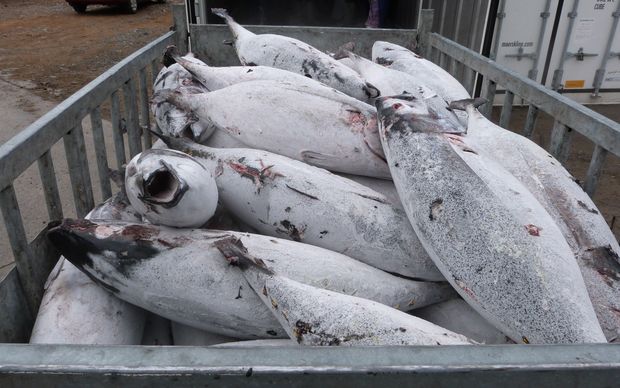 The tuna fish is widely known for its endothermic abilities that help it to transverse water which have different ranges of temperature. The sleek, streamlined body is probably one of the key features of the tuna fish that can even increase the temperature of its body to up to20 based on the water and its temperature. This fish is often categorized as the type that migrates a lot that leading it to travel almost thousands of miles in its lifetime.

The tuna fish is usually found in fifteen different varieties and is used for preparing several food dishes around the world. In Japanese cuisine for example the tuna fish has a major role to play mostly due to its unique taste. Besides, it is often mentioned by medical experts that the consumption of tuna fish can provide major health benefits to a person.

The Various Health Benefits of consuming Tuna fish are:

• Maintaining the overall health of the heart: The frozen tuna fish that customers can get from any reputed wholesale frozen tuna fish supplier in India consists of omega-3 fatty acids that are considered to be very helpful in maintaining a proper balance in the blood vessels of the heart. This balance thereby helps in reducing the level of cholesterol in the arteries. Hence, it can be said that the nutritional elements of the tuna fish allow the heart to carry out its function of pumping blood and spreading it throughout the body very efficiently.

• Helps to minimize blood pressure: Doctors and other health experts have often mentioned that the presence of potassium in the Tuna fish can be very useful for lowering the level of blood pressure in the human body. The scientific process of this includes the combination of the omega 3 fatty acids along with potassium for the creation of an effect on the cardiovascular system of the body.

• Better Immunity: According to a frozen Tuna fish supplier in India, the presence of nutrients like manganese, vitamin c, zinc and many others in a high amount has helped in strengthening the system of immunity in humans. This fish can even speed up the healing process of wounds by promoting the growth of new tissues.
Also, antioxidants are responsible for protecting the body from harmful diseases.

• Helps to lose weight: The frozen Tuna fish is often recommended by dieticians and nutritionists to their patients for losing some extra calories. The fish not only helps in keeping a check over the intake of calories but at the same time, it tastes good and is capable of providing a variety of nutrients and proteins. This is because consuming the tuna fish that consists of high protein can help in reducing the ghrelin hormone levels that stimulate hunger.

• Maintenance of bone health: The Tuna fish is rich in vitamins like Vitamin B that is in fact considered to be one of the major components that help in strengthening bones. The bones get stronger and are capable of combating injuries or fractures.

• Better blood circulation: According to a reputed Frozen Tuna fish supplier in India, the fish can strengthen blood cells and improve the circulation of blood throughout the body.

This entry was posted on November, 01, 2021 at 10 : 17 am and is filed under Frozen Tuna Fish. You can follow any responses to this entry through the RSS 2.0 feed. You can leave a response from your own site.